It’s Like A Replicator, Sort Of – device creates organic matter from almost nothing

This sounds like the stuff of science fiction but scientists at the University of California are working on a way to create the building blocks organic molecules from bacteria, nanowires, sunlight, carbon dioxide and water like a little replicator.


Continue Reading »It’s Like A Replicator, Sort Of – device creates organic matter from almost nothing

Today our major greenhouse gas is CO2 but in the past, it was lead. Which isn’t a greenhouse gas but thanks to mining during the 1100s, a lot of it was in the air and man, that could not have been a good time for people breathing it. New ice cores prove that lead pollution was just as bad then as air pollution during the Industrial Revolution which goes to show, we’ve always been pretty bad at this.

New Process Cleans N95 Masks – could allow them to be reused

The N95 respirator masks are in short supply (along with much of the other needed PPE) and doctors have had to reuse them which puts everyone in danger. Researchers at Duke University have devised a way to decontaminate these masks so that they can safely be reused.

Remember the hole in the ozone layer? It was a big deal in the 80s and 90s. Such a big deal that nations signed the Montreal Protocol and agreed to stop producing chemicals that were destroying the ozone. Well it’s been 33 or so years since that went into effect and good news, the ozone layer has made a come back.

The ocean is pretty harsh when you’re just out there, exposed to the rolling waters. So harsh in fact that it can break down plastics like LEGO bricks which are built tough. We’ve known for a while that the plastic toys could survive for a long time in the sea but scientists have recently discovered that “a long time” could be as much as 1,300 years!


Continue Reading »LEGOs Last A Long Time In The Ocean – toy blocks can go for over 1000 years
general April 1, 2020
Share

How to stay safe during this time is something that is at the top of everyone’s mind. Of course maintaining physical distance from others and washing your hands are top of everyone’s list but there are other things that you can do to help. Check out this handy PDF on how to protect yourself and your family from coronavirus more.

We are being overwhelmed with news right now and you’re likely plugged into it because, well, it’s important! A lot of it is very upsetting though which is adding to all of our stress and feelings of depression. It’s not all gloom and doom though! There’s good news and Just Give Me Positive News will help you find it.

We are living in a very trying time. Stress is high, we’re all scared for ourselves and worried about loved ones. It’s okay to have these feelings, they’re normal and valid as well as a host of other ones. In this time of uncertainty, check out this list of free mediation resources to help calm your mind.

How to make plugs easier to use – Get a grip...

How to get a refund for your Google Play purchase ...

How to print long documents on both sides without ...

Save Your Own Life with the Airthings Wave Plus &#...

Blue Yeti X Review – This is The Best Microp...

By PoseLab
Visit our channel...

Be My Eyes – app helps you borrow someone’... 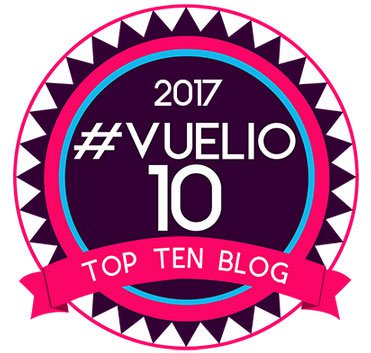